Chemistry is said to be a subject mostly comprising of reactions along with formulas. We come across various chemical substances in our daily life. Some of the substances we use in our house such as the staples present in the medicine cabinet comprise chemical substances. All these chemicals are bound up with atoms in a fixed proportion and also these are arranged in a certain way. So, to figure out what kind of proportions are these and their arrangement within the substance, the chemical formula is more needed.

The chemical formula gives us a clear understanding regarding the chemical substances, like how many and what the chemical elements of the Periodic table consists of, along with the way they are arranged. There are about some chemistry formulas coming in the chemistry as given below. 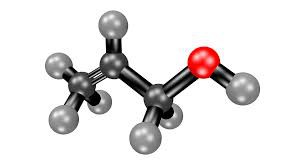 Chemical Formula in Chemistry is like a shorthand used to represent the elements in a compound. The Periodic Table has elements along with the symbols. These Chemical symbols are used for representing different individual elements like H is hydrogen, O for oxygen, Ca for calcium, Na for Sodium and so on. The Substances which have more than two or more atoms bonded together, and also more than one or more elements are called compounds. Hence to know the nature of these chemical compounds and their reactions, chemistry formulas play a vital role. It gives an idea of how a substance has formed and the proportion of elements involved in that particular reaction.

In chemistry, there are a various number of iterations of the chemical formula of a compound, some of them are given below.

This formula tells about the ratio of the elements present in a compound. This formula is usually obtained based on the analysis of experimental data. The empirical formula for glucose is written as CH2O. Empirical Formulas are usually said to be derived from the molecular formulas.

As the name tells you, the structural formula provides an idea of how the atoms in the molecule or the compound are arranged along with their bond formations.

How to write Chemical Formula

Problem 1: In one molecule of the compound, determine how many atoms of every element are present for each one of these chemical formulas.

There are several chemical formulae, however, here is a list of most important Chemical Formulas in chemistry.