Fractions simply tell how many parts of a whole (number or any certain value). In other words, it is also termed as portion or section or division of any quantity. It is denoted by using ‘/’ symbol, such as a/b. For example in 2/4, the number on top is the numerator, while the number below is the denominator. A fraction is a word that originated from Latin. In Latin, “Fractus” means “broken“. In real life, when we cut a piece of cake from the whole of it, say 1/4th of it, then the portion is the fraction of the cake. Now, a fraction could be a fraction unless the denominator is not equal to 1 or 0.  In Maths, we will learn different types of fractions, which is explained here in this article. There is also a term called equivalent fractions,  where two or more fractions are equivalent when both have common multiples both for numerator and denominator. For example, 1/2 is the equivalent fraction of 2/4. Fractions also have its major application in ratio and proportion. A fraction represents number of equal parts of a whole. Suppose a number has to be divided into four parts, then it is represented as x/4. So the fraction here, x/4, defines 1/4th of number x. Fractions in maths are painful if you do not grasp the underlying concept behind it. Fractions form an important part of our daily lives. There are many examples of fractions you will come across in real life. We have to willingly or unwillingly share that yummy pizza amongst our friends and families. Three people, four slices. 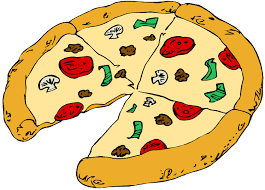 If you learn and visualize fractions the easy way, it will be more fun and exciting. Slice an apple, and we get fractions.

Based on the properties of numerator and denominator, fractions are sub-divided into different types. They are:

Like fractions are those fractions, as the name suggests, that are alike or same.

For example, take ½ and 2/4; they are alike since if you simplify it mathematically, you will get the same fraction.

Unlike fractions, are those that are dissimilar.

For example, ½ and 1/3 are unlike fractions.

A mixed fraction is the sum of a non-zero integer and proper fraction. These are also called a mixed number or mixed numeral. For example:

You can quickly add fractions with the same denominator. Just add the numerator, keeping the denominator same.

If the Denominator is the same, adding and subtracting fractions is an easy task. But how do you add 2/4 + 3/9?

Or how will you solve 6/12- 3/27? This is adding and subtracting fractions with unlike denominators. Let us visualize some of the fractions examples:

As we already learned enough about fractions, which are the part of a whole. The decimals are the numbers expressed in a decimal form which represents fractions, after division.

For example, Fraction 1/2 can be written in decimal form as 0.5.

The best part of decimals are they can be easily used for any arithmetic operations such as addition, subtraction, etc. Whereas it is difficult sometimes to perform operations on fractions. Let us take an example to understand;

Solution: Yes, it is. It is called an improper fraction.

Solution: Here will use the concept of how to convert decimals into fractions 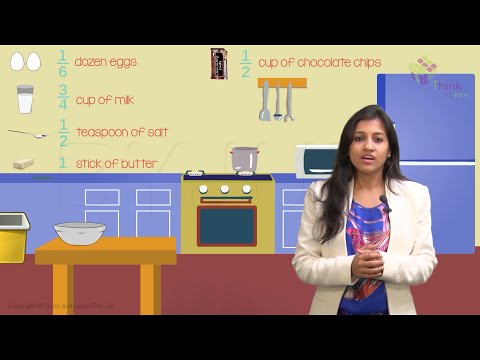 A lot of word problems on fractions appear in our textbooks to compare fractions, multiply mixed numbers and improper fractions, decimals, and fractions. Confusing? It will become easy if you visualize the number fractions and then solve systematically. BYJU’S provides students with maths concepts as well so that students can practice and solve problems easily.