There are a number of trigonometric formula and identities which denotes the relation between the functions and help to find the angles of the triangle. All these trigonometric functions with their formula are explained here elaborately, to make them understand to the readers.

Also, you will come across the table for where the value of these ratios is mentioned for some particular degrees.  And based on this table you will be able to solve many trigonometric examples and problems. 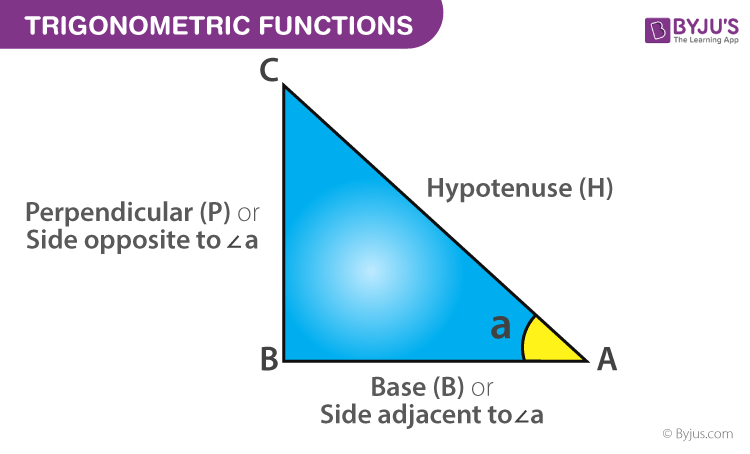 Sine function of an angle is the ratio between the opposite side length to that of the hypotenuse. From the above diagram, the value of sin will be:

The tangent function is the ratio of the length of the opposite side to that of the adjacent side. It should be noted that the tan can also be represented in terms of sine and cos as their ratio. From the diagram taken above, the tan function will be the following.

Also, in terms of sine and cos, tan can be represented as:

Let us discuss the formulas given in the table below for functions of trigonometric ratios(sine, cosine. tangent, cotangent, secant and cosecant) for a right-angled triangle.

The trigonometric ratio table for six functions like Sin, Cos, Tan, Cosec, Sec, Cot, are:

Before we see the graph, let us see the domain and range of each function, which is to be graphed in XY plane.

Here is the graph for all the functions based on their respective domain and range. 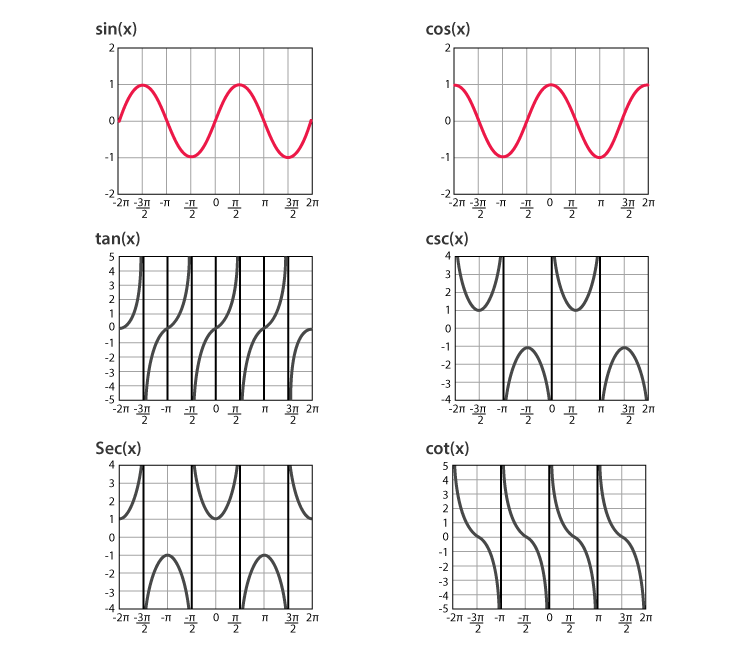 Solution: Using the trigonometric table, we have

Example 3: A boy sees a bird sitting on a tree at an angle of elevation of 20°. If a boy is standing 10 miles away from the tree, at what height bird is sitting?

Solution: Consider ABC a right triangle, A is a bird’s location, B = tree is touching the ground and C = boy’s location.

We know, tan C = opposite side/adjacent side

Bird is sitting at the height of 3.6 miles from the ground.

Trigonometry Related Articles for Class 11 and 12

Register with  BYJU’S to get more such maths-related articles in a simple and detailed way. Also, register at BYJU’S to get access to 1000+ hours of engaging video lessons for different subjects and classes.