NCERT Solutions for Class 9 Science Chapter 4 Structure of The Atom at BYJU'S provides students with solutions to all the questions provided in the NCERT Class 9 textbook, which is on the lines of the CBSE board. This article provides students with the study source material that is crafted by a team of experts with in-depth knowledge of the subject. Solving NCERT Solutions for Class 9 Science would enable students to score maximum marks in the Class 9 CBSE  Science Term II exam.

The language used while preparing the NCERT Solutions for Class 9 Science by our experts at BYJU'S is proficient and to the understanding of the Class 9 students, thereby assisting them in understanding the concept better. This is established on the concept-based approach. These NCERT Solutions are curated keeping in mind the answering method that is promoted by the CBSE and hence the allotment of marks in CBSE Term II examinations is taken into consideration for students to lay out their answers correspondingly and hence to score maximum marks. The NCERT textbook provided by the board is designed by the panel taking into consideration the latest in the field of science and technology.

Chapter 4 Structure Of The Atom 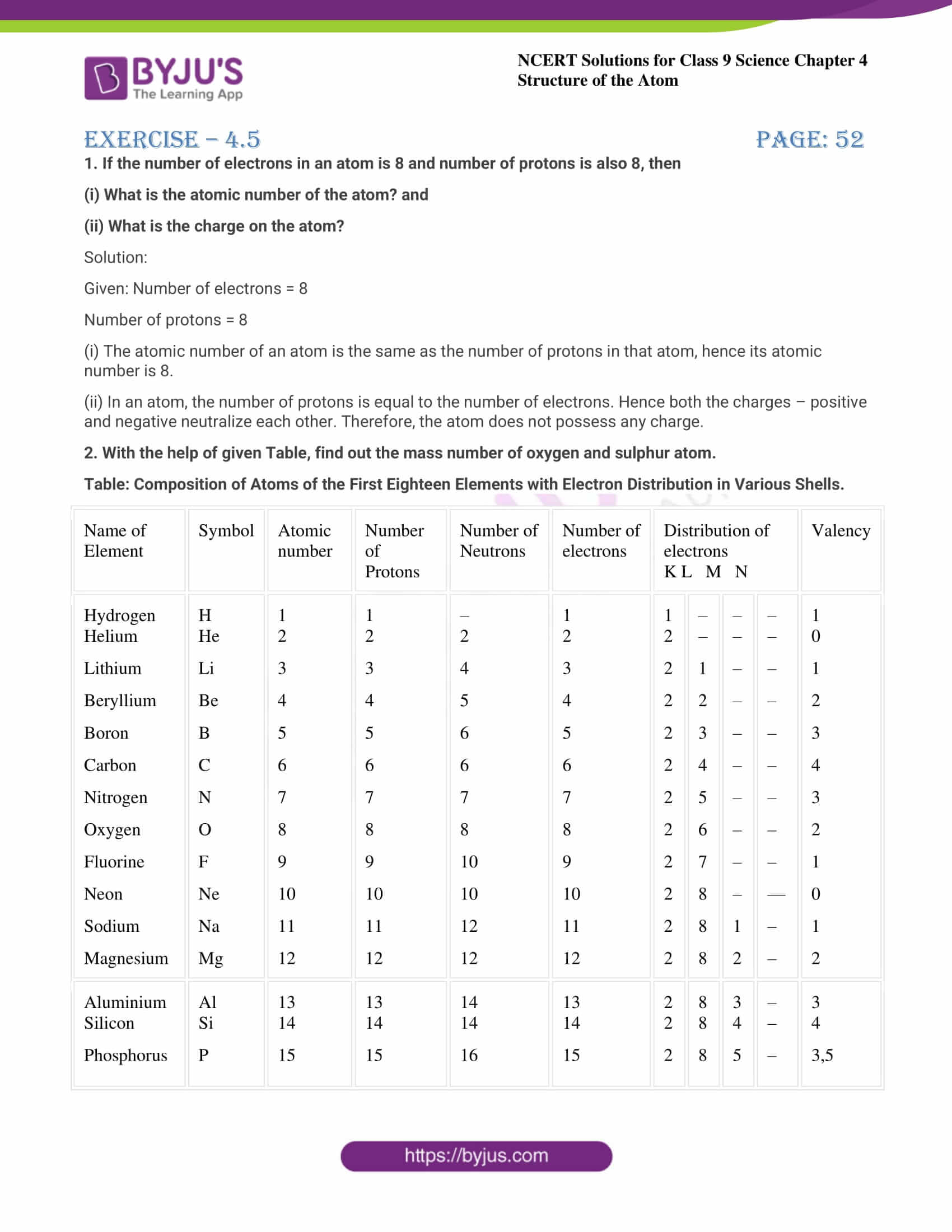 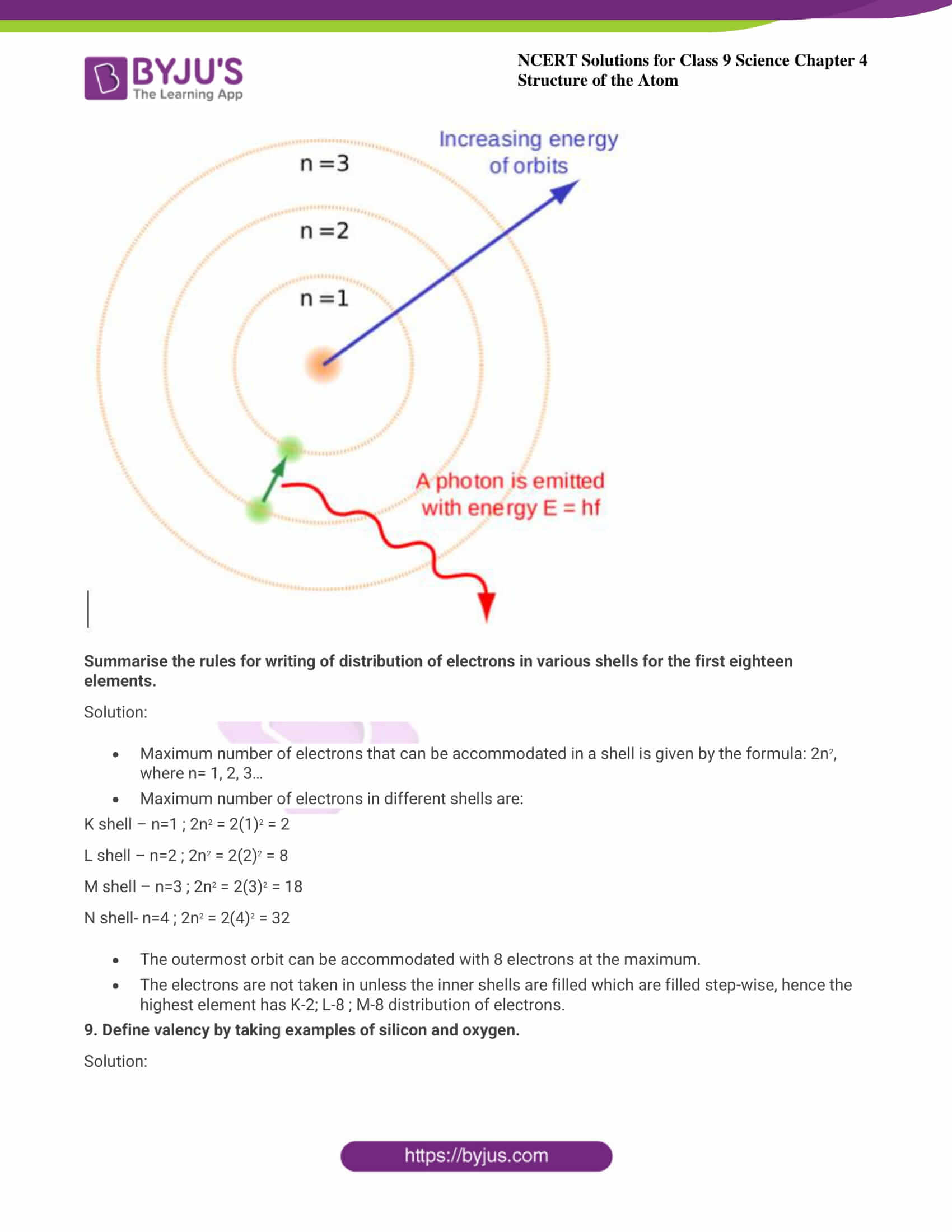 4. What do you think would be the observation if the ∝– particle scattering experiment is carried out using a foil of a metal other than gold? Solution: In the ∝ – particle scattering experiment, when any other metal foil is used instead of gold, the observation would remain the same. This is because the structure of an atom when considered individually remains the same. 5. Compare all the proposed models of an atom given in this chapter. Solution: 6. Thomson’s Model of Atom 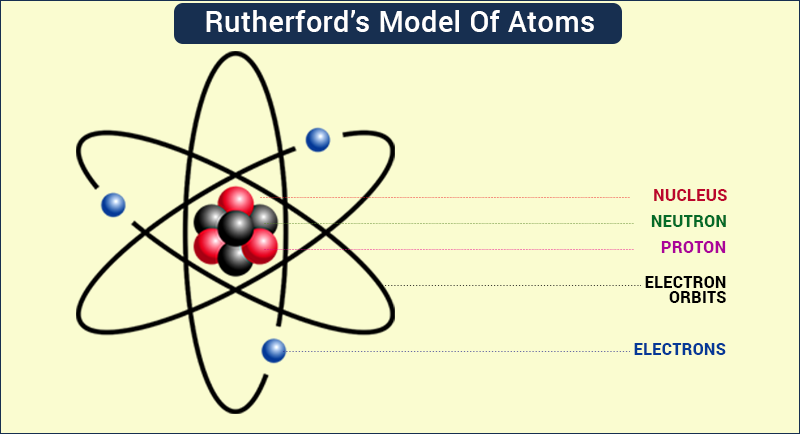 8. Bohr’s model of the atom 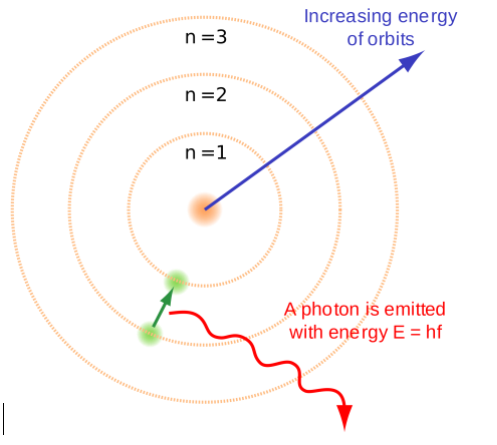 Chapter 4 Structure of the atom of NCERT Class 9 Science is categorized under Unit I - Matter - Its nature and behaviour which fundamentally deals with the physical nature of matter and what constitutes the particles that make up matter. The whole unit of Matter makes up for 23 marks out of which the Structure of the atom chapter is allocated 10 marks. In order to score maximum marks, students should practise using the Science NCERT Solutions for Class 9.

List of subtopics covered in Class 9 Science Chapter 4 Structure Of The Atom:

Students can best utilise the NCERT Solutions for Class 9 Science Chapter 4 to make any quick references to comprehend the above and other complex topics with ease. Further, these solutions can be viewed both online and offline as a downloadable PDF.

In this chapter, we get enlightened about the discovery of electrons and protons that is credited to J.J. Thomson and E.Goldstein, respectively. As per the theory by J.J.Thomson, electrons are implanted in the positive sphere. The discovery of the atomic nucleus was forwarded by Rutherford's alpha-particle scattering experiment. We also learn about how Neil Bohr's model was successful as he explained how electrons are distributed in different orbits around the nucleus.

This chapter also briefs about the discovery of neutrons in an atom proposed by J.Chadwick, hence the conclusion about the existence of three sub-atomic particles i.e., protons, neutrons, and electrons. It also sheds light upon concepts such as valency, atomic number and mass number, which are essential to identify elements and their behavioural properties. Learn more about these concepts by accessing the NCERT Solutions for Class 9 of this chapter of Science.

Overall, it helps us answer the basic concepts of what sets an atom apart from atoms of other elements, the indivisibility concept of atoms, representation of elements through mass number and atomic mass, as well as the basic constituents of an atom.