Mechanics is the branch of Physics dealing with the study of motion when subjected to forces or displacements, and the subsequent effects of the bodies on their environment. 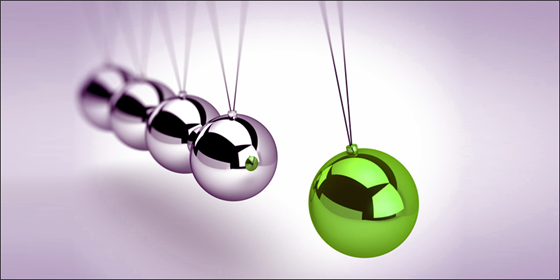 There are two sub disciplines Classical Fields and Quantum Fields

The word “classical” indicates that we are not discussing situations in which an object moves with a velocity which is an appreciable fraction of the velocity of light or phenomena on the atomic scale. The description of atomic phenomena requires quantum mechanics, and the description of phenomena at very high velocities requires Einstein’s Theory of Relativity. Both quantum mechanics and relativity were invented in the twentieth century; the laws of classical mechanics were stated by Sir Isaac Newton in 1687. The laws of classical mechanics enable us to calculate the trajectories of bullets and baseballs, planets and space vehicles. Using these laws we can predict the position-versus-time relation for a cylinder rolling down an inclined boat or for an oscillating pendulum and can calculate the tension in the wire when a picture is hanging on a wall.

The practical importance of the subject hardly requires demonstration in a world which contains buildings, automobiles, airplanes, ballistic missiles, bridges, for a person who does not have any professional reason there is a compelling intellectual reason to study classical mechanics: this is the example par excellence of a theory which explains an incredible multitude of phenomena on the basis of a minimal number of simple principles.

Quantum mechanics can be thought of roughly as the study of physics on very small length scales, although there are also certain macroscopic systems it directly applies to. The descriptor “quantum” arises because, in contrast with classical mechanics, certain quantities take on only discrete values. However, some quantities still take on continuous values, In quantum mechanics, particles have wavelike properties, and a particular wave equation, the Schrodinger equation, governs how these waves behave. The Schrodinger equation is different in a few ways from the other wave equations we’ve seen in this book. But these differences won’t keep us from applying all of our usual strategies for solving a wave equation and dealing with the resulting solutions.

We apply statistical mechanics to solve for real systems (a system for many particles). We can easily solve the Schrodinger’s equation for 1 particle, atom or a molecule. For many particles, the solution will take the form :

Where  a means a particle in state a with an energy

For example, we consider particles conned in a cubic box of length L. From quantum

mechanics, the possible energies for each particle is :

For example in an ideal gas, We assume that the molecules are non-interacting, i.e.

they do not affect each other’s energy levels. Each particle contains certain energy.

We apply statistical mechanics to provide the answer and thermodynamics demands that the entropy be maximum at equilibrium.

Thermodynamics is concerned about heat and the direction of heat flow, whereas
statistical mechanics gives a microscopic perspective of heat in terms of the structure of matter and provides a way of evaluating the thermal properties of matter, for e.g., heat Capacity.

Stay tuned with BYJU’S for more such interesting articles. Also, register to “BYJU’S – The Learning App” for loads of interactive, engaging Physics-related videos and an unlimited academic assist.

Test your Knowledge on Mechanics
Q5